Residence in Cuba, an option for foreigners. 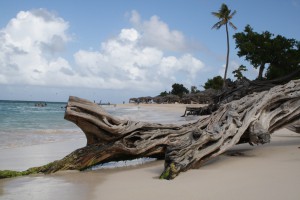 Real-estate market has been opened by law in Cuba, allowing foreigners to invest in housing and buildings, either for private or tourist related purposes.

The currently legal framework lays out the legal proceedings how to apply for residence permit, and also establishes who is entitled to be granted with.

Mariel port, proclaimed being the cornerstone to economic growth in Cuba

The now operational Mariel port has a major container terminal with an annual capacity of 1 million containers, which
is about 3 times more than the capacity of the port in Havana. It is managed by a leading global port operator: PSA Singapore International, has 700 meters of berth length and 18 meters depth, enabling it to receive simultaneously two giant ocean vessels. Mariel has the potential to become one of the major hub ports of the Caribbean, especially in light of emerging economics in the region – Brasil, México & Chile – and the extension of the Panama canal.

Something else to consider is the strategic location of Mariel port and the ZEDM. On one side the closeness to the US, because Mariel port will handle the majority of the US cargo once the embargo is lifted. On the other side it will be well connected to other major development areas within the country:

Special regime in the ZEDM

Concessionaires and users enjoying this special regime are exempted from the following tax obligations:

To provide services to concessionaires or users, Cuban and foreign permanent resident employees must first establish their labour relationship with the designated Cuban entity.

Concessionaires and users of the Zone must provide the following:

Concessionaires and users shall open accounts in freely convertible currency in any bank institutions of their choice established in the Zone (thus the banking operations must be done through the bank that has been chosen to perform business activities in the Zone). The transactions made by concessionaires and users with Cuban national companies are subject to Cuban banking regulations.

Foreign investors, whether they are concessionaires or users, once established in the Zone, have the right to freely transfer abroad – in freely convertible currency – net profits or dividends obtained as a result of the investment, as well as repatriating invested capital, without paying any taxes or bank fees related to such transfers.

Foreign citizens providing their services in the Zone – as long as they are not permanent residents in Cuba – shall have the right to transfer their earnings abroad, subject to Cuban banking regulations.

Conflicts between concessionaires and users or between them and a Cuban national company will be resolved in Cuban courts, or any other form of dispute resolution previously agreed, e.g. mediation based on agreement terms and conditions.

Changes have always generated controversy or sceptical views, and Cuba’s attempts to improve its socio-economic situation are no exception.

Article 4.1 – “Foreign investments within the national territory of Cuba will enjoy all-out protection and legal security and could not be expropriated, unless such action is executed for reasons of public or social interest”. Followed by article 4.2, which stipulates the legal proceedings: “If an agreement on the commercial value of investments fails to be reached, parties involved have the right to go to court”. For Cuban law this is a paradigm shift which is unprecedented.
The old law (77/95 article 3) limited the resolution of conflicts between two parties to the decision of an agency authorized and contracted by the ministry of finance.

Article 17.1 – in conformity with the modalities established in this Act, foreign investments in real estate are allowed, as well as the ownership of real estate or other property.

Worth to remember, in 2011 the Raul Castro government recognized the right to transfer the ownership of property to a third party. Therefore – as it seems to me – this is a significant achievement for the Cuban society. 4 years ago this was unthinkable!

We note that the now permitted ownership of property by foreigners had to be preceded by this internal change to the right of ownership.

Article 36.1 – decreased the profit tax from previous 30% to 15% of the net taxable profit. Joint ventures and parties to international economic association agreements shall be exempt from paying taxes for a period of 8 years as from its constitution.

Article 39 – the new law exempts foreign investors from paying tax on labour and social security contributions. Before this new act the applied tax rate has been 11% and 14% respectively.

For Cubans this new regulation for foreign investment signals a genuine attempt to revive Cuba’s economy.