This will be the first time a German foreign minister visits Havana since the fall of the Berlin Wall.
Following Obama’s initiative to fully restore diplomatic relations between the two countries, Cuba and the US are scheduled to reopen embassies in each other’s countries later this month. “Cuba and the world move ever closer, where for a long time has been a wall of mistrust” said Mr. Steinmeier, Federal Minister of Foreign Affairs, before his departure. “With this first visit by a German Foreign Minister we intend to contribute to opening the door between Cuba and the world even further. World’s largest travel and leisure company granted U.S. licenses to operate direct U.S.-to-Cuba travel for the purpose of providing cultural exchange
Company intends for fathom, its new purpose-travel brand, to begin full-week sailings to Cuba, beginning in May 2016, in addition to fathom’s full-week sailings to the Dominican Republic.

Prices for seven-day itineraries to Cuba start at $2,990 per person, excluding taxes, port and other government and related fees, and including all meals on the ship, onboard social impact immersion experiences and certain on-the-ground cultural immersion activities.
Published by Carnival Corporation & plc

Under a contract with the state-owned Palco Group, WPP now has a permanent executive based in Havana who will be backed by an established local support team. This marks the start of the inclusion of the largest island in the Caribbean in the list of 112 countries in which WPP operates.
Published by WPP 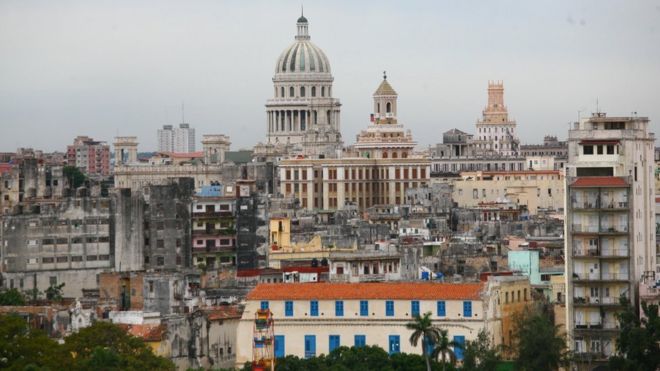 The US and Cuba will on Wednesday announce the opening of embassies in each other’s capitals, a major step in re-establishing diplomatic ties severed in 1961, a senior US official has said.

US officials said President Barack Obama would make a formal announcement from the White House at 15:00 GMT on Wednesday.

It is still not clear exactly what the date will be for opening the embassies, but it is likely to be in mid-July, says the BBC’s Cuba correspondent Will Grant.

The US State Department must give Congress two weeks’ warning before the embassy can open, he adds.

It is the latest major milestone in a thawing process between the two countries’ relations, which started with secret negotiations and was announced last December.