The embargo against Cuba (known in Cuba as blockade) is an economic sanction imposed by the U.S. government in 1960. Initially this measure was taken in response to the nationalization of American businesses carried out by the regime of Fidel Castro.

In the coming years the U.S. intensified the economic measures against Cuba reaching its limits. The United States believed that tightening the blockade would isolate the island, break the Castro regime, and therefore bring a subsequent period of transition to the democracy. And And based on those beliefs The Cuban Democracy Act was signed into law in 1992. However, so far the aims of the law had not been fulfilled – The Castro brothers where still in the power and the Cuban people didn’t surrender because of hunger- so it was necessary to strengthen the embargo against Cuba.

In 1996 the act extended the territorial application of the initial embargo to apply to foreign companies trading with Cuba…any non-U.S. company that deals economically with Cuba can be subjected to legal action and that company’s leadership can be barred from entry into the United States. President Clinton issued a transnational law, which bans foreign subsidiaries of U.S. companies trading with Cuba.

The term property includes gold, silver, bullion, currency, coin, credit, securities, bills of exchange, notes, drafts, acceptances, checks, letters of credit, book credits, debts, claims, contracts, negotiable documents of title, mortgages, liens, annuities, insurance policies, options and futures in commodities, and evidences of any of the foregoing. The term property shall not, except to the extent indicated, be deemed to include chattels or real property.

persons and an officer, director,or agent of any corporation who willfully violate, neglect, or refuse to comply with the sanctions law upon conviction, shall be fined. Penalties may be fined up to the greater of either $250,000 for individuals and $1,000,000 for organizations or twice the pecuniary gain or loss from the violation.

Any property, funds, securities, papers, or other articles or documents, or any vessel, together with its tackle, apparel, furniture, and equipment, concerned in a violation of sanction laws may upon conviction be forfeited to the United States Government.

The Trading with the Enemy Act of 1917

The Foreign Assistance Act of 1961

The Cuba Assets Control Regulations of 1963 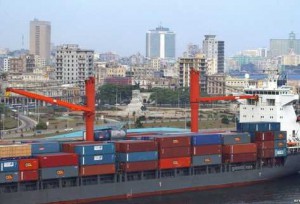 Although the ZDEM has opened its doors to foreign investment, it is still in a preliminary stage of development, thus in order to support the construction buildings in the zone, the management team is offering to foreign construction companies the opportunity to settle in the area or to open operations in the zone immediately.

Currently there are some urgent needs such as, supply of light panels, ceramic flooring, toilets and sinks, plumbing parts, light and heavy metal structures, and steel pipes.

About a decade ago, Cuba began with the so-called energetic revolution, for which the government has implemented various forms of renewable energy, such as photo-voltaic system, wind power, biogas plants, pumped-storage hydroelectricity. Although 10 years have passed since its inception, the use of renewable energy on the island is still in its early stage.

Right now one of the priorities of the Cuban government is to boost sustainable development, aiming for environmental protection, plus economic growth.
Wind farms are among one of the opportunities Cuba offers to foreign investment in renewable energy , for which $3 millions budget has been estimated.

Agriculture
The updating of the Cuban economic model seeks a sustainable agricultural development with the integration of science, innovation and market, said the Minister of Agriculture, Gustavo Rodriguez.

When Fidel Castro took the power, he pledged to ensure basic food for the Cubans, where the government spends currently around $ 1. 500 000 per year. However, due to the unstoppable rising prices of the international market and the economic deterioration that Cuba is going through, it becomes almost impossible for the Cuban government to sustain its commitment. To cope with the situation, the state promotes a new agribussiness model which aims to replace imports of agricultural commodities.

Biotechnology, Pharmaceutical
It is no secret that Cuba is a leader when it comes to health. In the last 40 years Cuba has been involved in scientific research and development, with some achievements e. g. hepatitis B vaccine, the meningococcal vaccine BC (only one of its kind in the world) as well as cancer treatments.

Both the biotechnology and the pharmaceutical industry are areas of the Cuban economy where the government strives for its continuous development, which also gives the opportunity to foreign investors to cooperate in its scientific projects.
Business opportunities in the sector includes to create joint ventures abroad, to produce and commercialize from the Cuban technology, and to sign international economic partnerships agreements for the development of new products.

It is considered one of the most beautiful touristic regions of the country and, based on an environmental protection program established during the development of tourist resorts, it has a well preserved ecosystem, offering its visitors the pleasure to enjoy true nature and endless opportunities related to touristic activities and recreation, such as fishing, jet ski, kayaks, and scuba diving among others.

According to a recent article published by the local press, the lake La Redonda alone receives around 400 foreign visitors on a daily basis.

Nowadays Cuba promotes and advocates for Eco-turism, therefore investment in this region promises to be one of the most attractive due to its unspoiled nature.