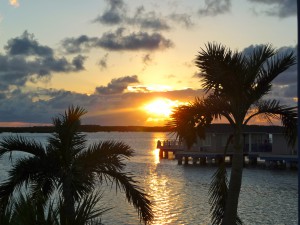 A friend once told me: … All the goods I have in stock are needed in Cuba…to which I replied: From your point of view; I agree, in fact it’s not a bad assessment of the whole panorama. I’m afraid to disappoint you; but Cuba is not a consumer society yet. Therefore we have to take into account the difference between lacking and needing, which differ from one another.
There are specific regulations for foreign investment, regardless of contribution to the economy of the country; the investment also has to produce a social welfare to which Cuba is no exception. Even though the foreign investment law states that one may invest in all sectors -with the exception of education, health and military forces-; is important to acknowledge where the real possibilities of investment are.

Insight into where to invest:
Food and Agriculture
Rice is part of the daily diet of Cubans, but its production is limited due to the shortage of water and the lack of fertilizers and modern agricultural technology
The Cuban’s domestic market lacks commodities, as an example, the country currently  imports 80% of food supplies to its population. Business oportunities …
Tourism
Last November, Havana held two of its major events -FIHAV/Business fair and The International Ballet Festival of Havana, which attracted many visitors. I tried to book a hotel on the second week of October, and all the hotels in Havana were already booked.
According to the Ministry of Tourism, Cuba received a record-breaking 3 million foreign tourists in 2014, which represents a 5.3% growth from the previous year. Business oportunities … …
Infrastructure (such as transportation, railways, highways, roads and communication)
Who does not know of the transportation issues in Cuba? When many of us call it the “travelling museum or museum on wheels”
Anyone who has been throughout the island knows also of the conditions of the highways. Business oportunities …
Renewable energy
Currently over 90% of the energy in Cuba is generated from oil, for which Cuba seeks to reduce its consumption levels to 24% through an investment plan for renewable energy Business oportunities …
Bio-pharma industry
Cuba is well known for its health system and its commitment in this field. According to officials sources 12% of the Cubans export comes from the bio-pharma industry. The Cuban biotechnological and pharmaceutical industry offers a major opportunity to foreign investment given its scientific research, production and commercialization of its products. Business oportunities …
Some investors may testify about trading & Investment in Cuba
Sherritt international: Since 1994 it operates Cuba’s large nickel mining, which is the second largest nickel reserves in the world after Russia)
Damen Group: Shipbuilding & Engineering; established in Cuba since January 1995
Meliá Hotels International, S.A: Established in Cuba since 1990 is one of the largest hotel companies in the world and the largest hotel chain in Spain in both resort and city hotels. The company currently operates more than 350 hotels in 35 countries and 4 continents under its brands: Meliá, Gran Meliá, ME by Meliá, Paradisus, Innside by Meliá, TRYP by Wyndham, Sol Hotels and Club Meliá. (http://www.meliahotelsinternational.com/en)
Nirint Shipping: Established in Cuba since 1992.
Indiana Finance BV (formerly Fondel Finance BV): One of the world’s leading metal trading companies; with more than four decades trading -nickel- with Cuba. This company conducts 70 percent of trade between the Netherlands and Cuba.